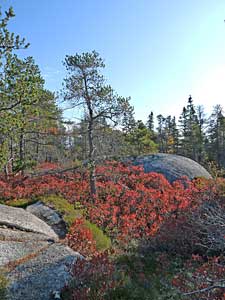 Ecological Assessment of the Plant Communities of the Williams Lake Backlands
A Report to The Williams Lake Conservation Company (Feb 13, 2014): The Williams Lake Conservation Company has issued a report which documents the plant communities of the Williams Lake backlands. Prominent amongst them: the rare, Jack Pine/Broom Crowberry barrens. “While the survey focused on these lands, many of the findings apply to the larger Purcell’s Cove Backlands. It is noteworthy that the authors advance some novel perspectives on the ecological values of the area. The issues of fire management and wetland protection require attention and discussion by the larger community” says Kathleen Hall of the WLCC.

A Biophysical Survey of the Williams Lake-Purcell’s Cove Backlands, Halifax County, Nova Scotia.
Report by Patricia Manuel and Martin Willison, Sept 1992. “This study was undertaken to provide baseline data on the biophysical characteristics of that parcel of terrain located between Williams Lake to the north, Halifax City Limits (to the south of Flat Lake) to the south, McIntosh Run to the west, and Purcell’s Cove Road to the east. Specifically, geologic structures, surficial materi als, a n d vegetation were documented and analyzed with respect to their ecological attributes and functional relationships. Outstanding, representative, and unusual or rare structures, ecosystems, or species, if present, were evaluated for their significance.” 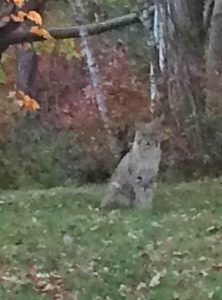 Summary of Findings and Recommendations following from Studies of the Biophysical Character, Cultural Significance and Recreational Use of the Purcell’s Cove Backlands.
Prepared for the Williams Lake Conservation Company by Patricia Manuel and Martin Willison. 1993.