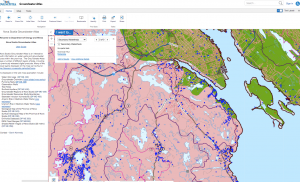 “Nova Scotia is unique in that it is composed of many smaller watersheds that flow directly into the ocean, as opposed to being dominated by large watersheds (e.g., Alberta, New Brunswick, Sackatchewan, Manitoba, or British Columbia).”- Nova Scotia Watershed Assessment Program Part A – Initial Assessment (2011)

Smaller watersheds within the Backlands that drain directly to the ocean are not identified on the interactive grounrdwater map  or readily found elsewhere.

The only map I have been able to locate showing other watersheds is that in Steeghs et al., 1994. From that document: ” Our study area is located along the Atlantic Coast of Nova Scotia, in the Mainland South area of Halifax county. It is comprised of the Long Lake-Mcintosh Run, the Williams Lake, and the Purcell’s Cove watersheds. The study is referred to as The McIntosh Run’ because it is by far the largest of the 3 watersheds in the study area.” 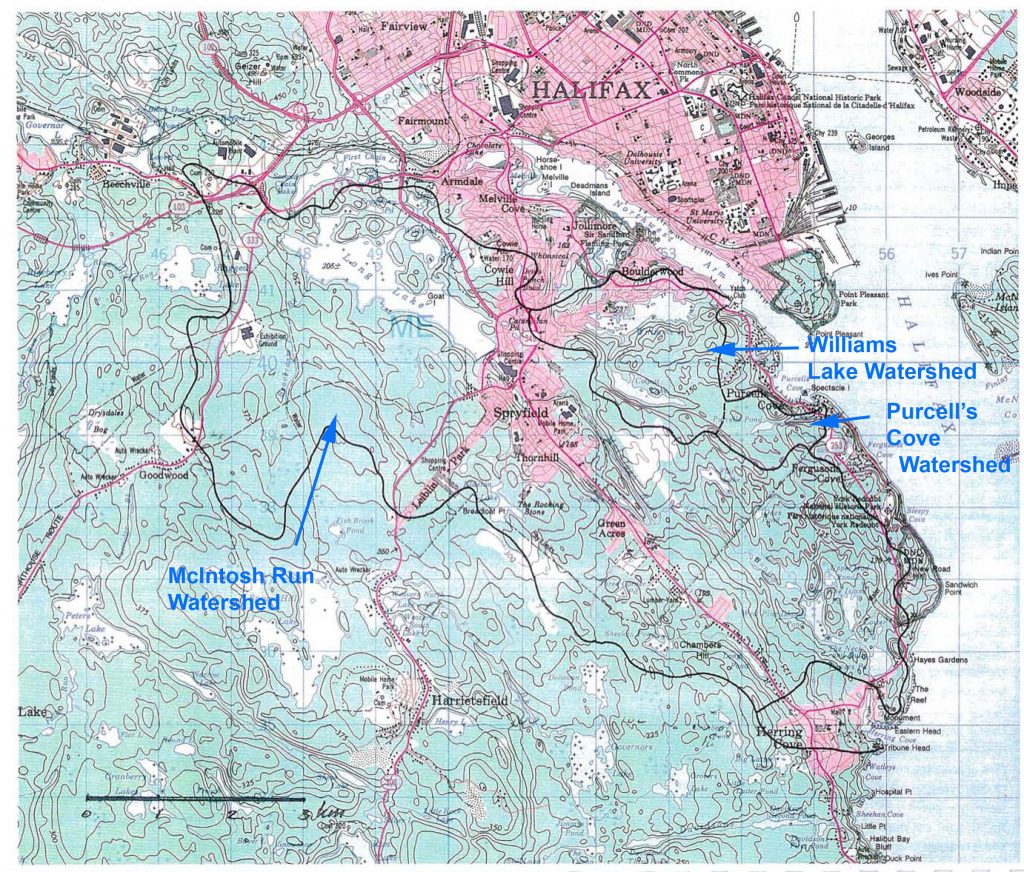