“The Backlands” encompass approximately 1350 ha of urban wilderness within Halifax Regional Municipality in Nova Scotia, Canada. Sometimes known as “The Purcell’s Cove Backlands”, The Backlands are enclosed by Herring Cove and Purcells Cove Roads and extend from Williams Lake at the northwest to Power’s Pond at the southeast. 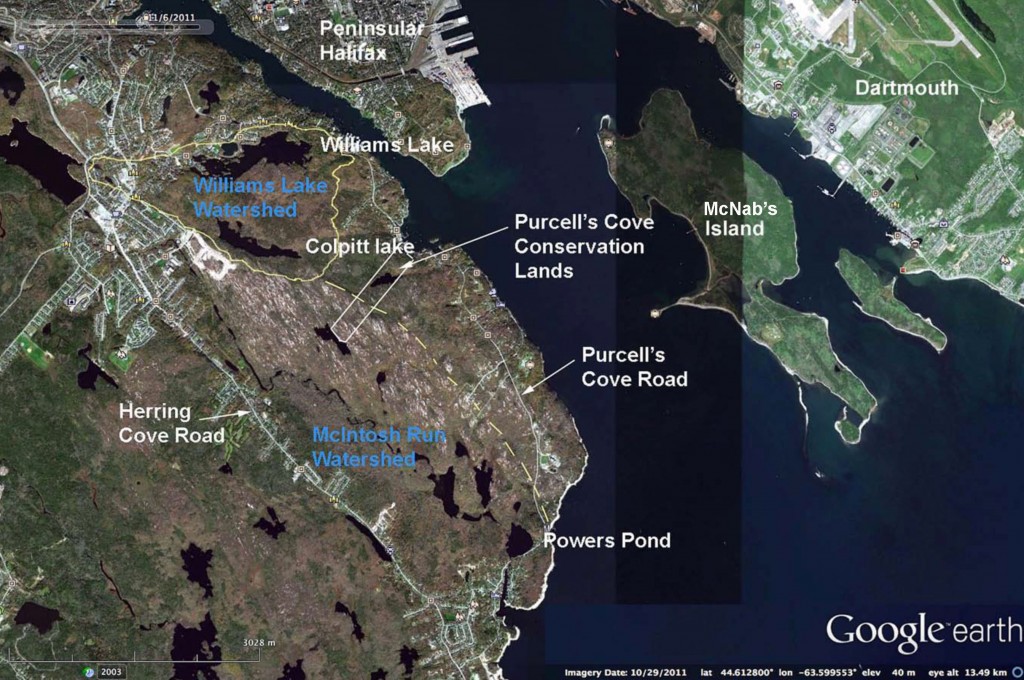 The boundaries for the two largest watersheds are approximate; only the eastern boundary of the McIntosh Run watershed is shown above.

Zoom in or out on a Google Map of the area: